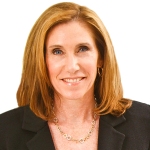 Drawing on its rich history in studying media and technology, Division 46 is taking an active role in the promotion of media literacy for all ages.

The growth and opportunities in the 21st century demand new literacies.  Media and technology literacies are keys to equitable participation in today’s digital world.  Based on the presidential initiatives, Division 46 is highlighting the status of media literacy awareness and promoting best practices.  In line with this goal, Division 46 sponsored an Invited Symposium at the 2013 APA Convention in Honolulu entitled “Media Literacy: An Imperative, Not a Luxury.”  The panel members, Pamela Rutledge (Chair), Jerri Lynn Hogg, Fran Blumberg, Katie Jennings, and Mary Alvord (discussant), addressed structural shifts in communication technologies, the theory and research behind media literacy programs and examples of media literacy applications.

Panel members Rutledge, Hogg, and Blumberg are also part of the Division 46 New Technologies Committee chaired by Fran Blumberg and Sharon Tettegah.  The committee is one of the central missions for the Society for Media Psychology and Technology.  In that pursuit, the committee has been developing content for public education.  The first includes interviews with media literacy experts you can find posted under “Highlights” on the Division 46 website.1

A difficulty in developing media literacy programs is defining its scope and intent.  The old mass media model is gone; we now live in a globally and socially networked world.  A constantly evolving media environment, where, based on International Telecommunications Union (ITU) estimate, 96% of the world’s population has access to cellphones, where mobile access is the choice of one in four of Facebook’s nearly 1 billion users and where YouTube users watch 6 billion hours of video each month.  This media environment now demands a broader approach to media literacy.  The prevalence of media consumption and the use by children and adolescents, particularly digital communication technology (e.g., the Internet and smartphones) underscore the needs for media literacy at a young age.  For example, a 2010 study by the Kaiser Family Foundation showed that 86% of 8- to 18-year-olds surveyed had Internet access at home.  Pew Research Center’s 2012 Internet & American Life Library Services Survey (2012) indicated that of the 16- and 17-year-olds sampled, 93% owned a cellphone and fully 100% had used the Internet or email.

Media literacy in an interactive world requires a continuum of fluencies from producer and user to distributor.  The benefits of this new participatory culture are many.  They include lower barriers to access and participation, easy tools and support for content creation and sharing, the ability to form informal connections with ease and to experience collaboration and problem-solving and peer-to-peer learning.  In turn, these activities shape the flow of media and social discourse, diversify cultural expression, flatten social and organizational hierarchies and empower individuals and groups across society.  The five-skill model for media literacy developed through extensive research by media literacy expert Renee Hobbs addresses the needs of the new media environment.   Hobbs argues that these skills are essential to full participation in a digital society.  It covers the continuum of activities from required to gain entry, understand, and design media and includes knowledge development related to access, analysis, creation and collaboration, reflection, and taking action.

These 21st century competencies aren’t just for the young.  With opportunity in a networked society comes the responsibility of learning to navigate the new environment — skills necessary across the lifespan.  Everyone needs a basic understanding of the practical, ethical, and creative implications of the Internet as well as social and mobile technologies.

The framework for media literacy education among precollege-age students ranges from protectionist to empowering.  Those that are prescriptive/protectionist in tone instruct students to be wary of deception and misinformation as presented in advertisements, newspaper articles, and films.  Alternatively, some programs focus on the potential of media and student empowerment where media is seen as a vehicle for global citizenship and creativity, as reflected in political blogs, YouTube videos, or the development of serious games.

The US has been slow to integrate media literacy programs into the educational system.  This is partly due to the natural human resistance to change that, from Gutenberg to Zuckerberg, has fueled moral panics around technology.  Sensational headlines in reputable papers like “Video Games Sending Kids Crazy” do little to calm anxious parents and vote-hungry politicians. 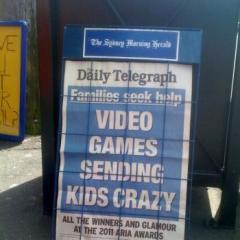 Compared to other industrialized nations such as Australia, England, and Canada, media literacy is less likely to be included as a standard feature of children’s and adolescents’ education in the US.  Renee Hobbs attributes this situation to US teachers’ ambivalence about the role of media and technology in the classroom and to their concern that media literacy education will detract from instruction in more traditional areas of study.  Further, parents often focus on other forms of literacy in the home such as reading and writing rather than media literacy.

New technologies are not without legitimate concerns that need to be addressed, such as socioeconomic and demographic participation gaps due to unequal access and training.  These technologies, the backbone of proposed media literacy programs, are designed not to teach specific tools, but to develop such fundamental skills as critical thinking to understand how media shapes perceptions and what it means to have a public role as media makers and civic participants.  Technology, like any powerful tool, can be used for good or bad purposes.  Media literacy provides essential skills for navigating a digital world.