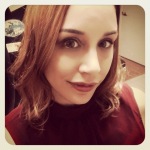 Showcasing the work of a student or recent graduate

Originally from Chicago, IL, Tristin Engels’ career interests were inspired by her grandfather Louis R. Vitullo, known for developing the “Vitullo Rape Kit” for gathering systematic evidence in sexual assault cases.  Now referred to as the Sexual Assault Evidence Kits (SAEK) has helped countless victims of sexual assault and investigate murder cases.  In 2009, she moved to Southern California to pursue higher education at The Chicago School of Professional Psychology (TCSPP).  Tristin’s dissertation at TCSPP investigated cyber bullying and found that participants’ age was negatively correlated with their level of knowledge of the topic of bullying and cyber bullying.  Also, those who had prior experiences as either victims or bullies showed greater awareness of the issues surrounding cyber bullying (Engels, 2013).  When asked what inspired her to study cyber bullying, Tristin recalled her first practicum experience at a juvenile courthouse, where she observed the role of social media during drug-court meetings.  The vast majority of the cases involved social media and, according to Tristin, the courts showed little understanding of the social media websites’ terms and restrictions when online conduct was being adjudicated.  Her practicum experiences at the juvenile courthouse inspired her to become involved in advocacy and psycho-education concerning the proper use of social media.

Recently, Tristin was asked to discuss cyber bullying at a locked down facility with juveniles aged 12 to 18 and law enforcement officials to raise their awareness about the lasting impact of online bullying.  She also discussed the importance of victims’ reporting perpetrators of cyber bullying as a way of reducing it.

Tristin hopes to carry on her grandfather’s legacy by becoming more involved with rape prevention efforts, to continue her work on raising awareness about the individual and societal consequences of bullying and cyber bullying, and to become fluent in other languages.  She also aspires to work for the FBI and pursue an academic career to mentor future psychologists.

You can reach Tristin at Tristin.engels@cdcr.ca.gov for additional information concerning her work.

Note: Please contact Tsingleton@email.fielding.edu or me if you know someone who is interested in being featured in the next Student Spotlight.