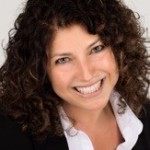 For media psychologists, working on the frontiers of individuals’ interactions with new media technology, social films present a fascinating opportunity to inform, educate, and effect social change. The recent success of Intel and Toshiba’s social film marketing campaign is evidence that engaging storytelling across media technologies can influence people’s behaviors.

In 2011, Intel and Toshiba successfully reshaped the co-marketing of their products. It started with a brief non-traditional request to three creative advertising agencies to create an experience that would surprise the audience and exceed their expectations. The San Francisco based Pieria & O’Dell (POD) hit it out of the park with a Social Film concept. A social film takes a blockbuster movie and mashes it with social networking to give the audience the opportunity to participate by auditioning to be in the film, talking to the characters through social media, or otherwise helping to steer the film’s direction.

The first social film was a psychological thriller called The Inside Experience with Emmy Rossum. In this film, a girl finds herself held captive with only a Toshiba Ultrabook with Intel Inside which she uses to reach out to the outside world to help her escape. This concept was scary, but Intel and Toshiba wanted to do something daring that would capture the hearts and minds of 18 to 34 year old audiences because they knew they were on to something.

The second film, a romance titled The Beauty Inside, concerned a man afflicted with a strange condition where he wakes up every day in a different body, which allowed the audience to play the lead role, but one day runs into the problem of falling in love. The third most recent film, a sci-fi comedy called The Power Inside invites the audience to help defeat an alien invasion. The films were promoted worldwide, translated into eight languages and received 50M, 70M, and 74M views, respectively. They delivered a unique experience for the viewers based on their language of choice and IP address.

Transmedia and branded content were terms not well known in 2011. Transmedia storytelling refers to taking advantage of social trends and media consumption behavior to engage an audience across multiple social platforms for a single focused concept. Branded content refers to providing content that creates an emotional connection with the audience to increase brand awareness, preference and purchase consideration. Intel and Toshiba combined the two to create a branded transmedia storytelling experience. This approach worked well with 18 to 34 year old audiences who are heavy users of social media and online videos. This approach proved valuable as the audience was quite willing to watch (in 6 to 10 minute increments per week) and participate in the films.

The social films performed beyond expectations. Originally, the primary performance measure was view count, but it quickly evolved towards measuring engagement. Measurement also focused on the number of original press articles written about the films and for clicks on the “Where to Buy” link. Intel and Toshiba focused on the “Where to Buy” link because it helped the audience shift from watching the films to purchasing product without making the transition unpleasant for the consumer. What they would ideally like to measure is social capital, the value of someone commenting or sharing a post. Someone needs to hurry up and figure out how to measure it.

The greatest sign of success though, besides over 60 industry awards including a Daytime Emmy, was that participation in the films fostered an emotional connection with the advertised products. For example, a 13-year-old girl posted on Facebook “Just realized my laptop is a Toshiba < 3!” This girl, like many of us, saw her computer as a tool, not even caring who made it, but after her involvement in the social film, saw her computer as a Toshiba. While the genres have changed for each film, the underlying message was “it’s what’s ‘inside that counts.’” The Intel Inside message and the Toshiba product played a star character role in the social films.

Intel and Toshiba pushed for a new level of innovation with each film. The first film ran over 11 consecutive days and the second social film was extended over a 8.5-week-period and rolled out in 8 languages. This was all accomplished through Facebook. The third social film took everything they had learned from the first two social films, and additionally incorporated third party brands with product placement in exchange for amplification of the film that helped drive demand for the product. Of course, the primary goal was always to take a viewer from watching a film to buying a Toshiba product. The third party brands provided giveaways for sweepstakes that subtly led the viewers to purchase at Best Buy where they could buy the system shown in the film and receive free Skullcandy headphones with the purchase. The product sold out before the end of the campaign.

Intel and Toshiba learned a tremendous amount about their audience; they learned that they really could not predict or control what the audience would do. Although they had plans in place for security, privacy, and moderating discussion, they discovered such plans were not needed as the audiences, amazingly, policed themselves, and leaders emerged to help steer conversation and answer or redirect questions. Intel and Toshiba also learned that while it was helpful to give some guidelines on the kind of content they were looking for, dictating what they wanted didn’t allow room for participants’ creativity. They learned from the first film that the audience fell into different areas of engagement: the viewer, the converser, the auditioner, and those who go deep into figuring things out. They deliberately targeted these different audience groups in the second and third films.

Branded content and transmedia storytelling will continue to redefine marketing especially in the social space. Consumers are increasingly using online ad videos to make purchasing choices; thus, branding content through transmedia storytelling to actively engage consumers may help compete for the same viewers across platforms. Transmedia storytelling enhances engagement by allowing the audience to believe they are playing an active role in creating a successful story. Perhaps this approach may be helpful to psychologists to help people develop a better understanding of psychological studies.

To see the latest social film effort, What Lives Inside, visit insidefilms.com for details.

Editor’s Note: Since 1995 Billie Goldman has been an innovator for Intel in press relations, sales, product marketing, brand awareness, preference, and most recently in partner marketing producing social films.