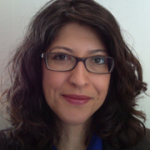 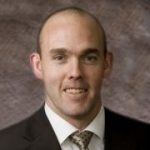 A great deal of research has examined the sexualization and objectification of women in music lyrics and related imagery and the resulting impact on consumers’ beliefs, attitudes, and behaviors. However, few studies have explored how men are represented in popular music and how these representations impact males.  This paucity presents a glaring gap in the overall media-effects literature.

The dearth of research in this area is surprising given the prominent role of men in music and music videos. Men have historically outnumbered women in music videos with ratios ranging from 2:1 to 6:1 (Andsager & Roe, 2003; Gow, 1996; Somers-Flanagan, Somers-Flanagan, & Davis, 1993), and analyses of both lyrics and imagery suggest male-dominant themes of representation. For instance, Bretthauer, Zimmerman, and Banning (2007) analyzed the lyrics of the top 20 songs in America between 1998 and 2003 identifying the following themes: men and power (20%), sex as a top priority for males (18.3%), objectification of women (18.3%), sexual violence (16.7%), women defined by having a man (10.8%), and women not valuing themselves (5.5%).

Examinations of male body image and self-esteem are important because, as Robl and Mulgrew (2016) have argued, a relatively similar number of men to women experience body dissatisfaction, yet men get far less attention than women with respect to these self-perceptions. Mulgrew, Volcevski-Kostas, and Rendell (2014) also noted that, in addition to adult men, pre-adolescent and adolescent boys experience body dissatisfaction, albeit in differing ways than females. While media depictions of females predominantly idealize the thin female shape, for males the ideal body type communicated is that of hypermuscularity (Jung & Peterson, 2007). Thus, research has found that males are concerned about their body weight and muscularity when judging their levels of body satisfaction (Hamilton, 2010; Jung & Peterson, 2007).

While research has emerged to examine the impact of idealized male bodies portrayed in print and television advertisements, to date few studies have explored the impact of such portrayals within music content. In one study, Mulgrew and colleagues (2014) examined the impact of music video clips containing either males with a muscular appearance or males with an average appearance. They found boys aged 12-16 in Australia who were exposed to clips of males with a muscular and attractive appearance engaged in more social comparisons, reported lower levels of body satisfaction, lower levels of happiness, and higher levels of depressive symptoms than boys exposed to clips with average appearance males.  In another study with adult men aged 18-73 in Australia, Robl and Mulgrew (2016) found that men who were exposed to music video clips depicting muscular and attractive male artists reported significantly lower levels of body satisfaction in general and decreased satisfaction with their fitness and upper body shape. In a review of the literature on male body dissatisfaction, Bond (2008) identified an increase in media depictions of trim, muscular, well-groomed, and sexually objectified male bodies. Bond noted that such depictions are present in music videos and result in high levels of dissatisfaction making some males vulnerable to eating disorders, dieting, muscle dysmorphia, steroid use, and cosmetic surgery.  The results of these studies, while few in number, point to the importance of extending research on the amount and impact of objectification and sexualization of male singers, musicians, dancers, and actors in popular music and music videos.

Due to the abundance of objectification and sexualization of women in music, researchers have understandably prioritized examining the impact that popular music has on female body image, body satisfaction, and self-esteem. For a variety of reasons, similar efforts are now warranted on behalf of men and boys.  First, a review of the extant literature in this area yielded few related studies.  Further examinations of the sexualized lyrics and related imagery that exploit males and promote sexually idealized male bodies are needed.  Second, as concerns related to men’s mental health, including depression, body dysmorphic disorder, body satisfaction, self-esteem, suicide and suicide ideation, continue to grow, such research has an important place in the literature.  Lingering stigmas related to mental and emotional health continue to present challenges for men in many demographics creating a need for prioritizing this research.  Third, given the amount of music media consumed by young males, examining how self-perceptions, self-esteem, and body satisfaction are impacted by popular music during the formative years of psychosexual development is of great value and should no longer be overlooked.  Finally, researchers must continue to provide a more comprehensive picture of the current state of music content and effects. Music and music videos continue to evolve, including available delivery systems or modes of access, creating an ever-present need for additional research exploring the impact of popular music consumption.